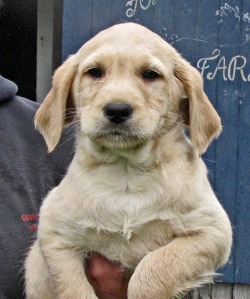 This puppy has left for his new home already !! He is going to be a therapy dog.  I will write about his progress on my farm blog ~ His new name is Buddy. 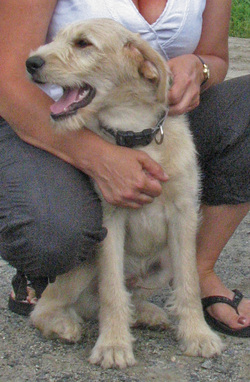 Here's Buddy at 4 months. He's starting to get his wirey hair. 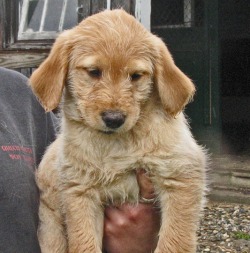 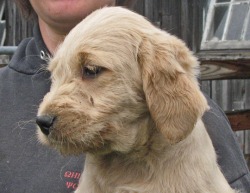 This wonderful fellow has left for a new home in northern Vermont with the new name of Jacoby !

Photo's of Jacoby in his new home below ~ 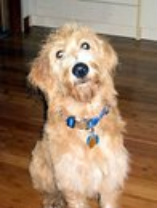 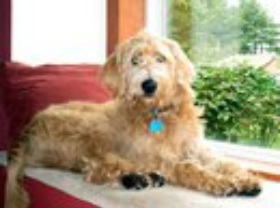 Jacoby all grown up 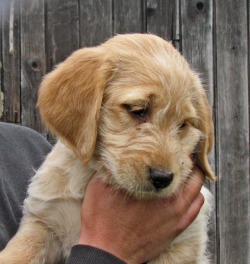 She is now named Nettie.. a name I think suits her beautifully. 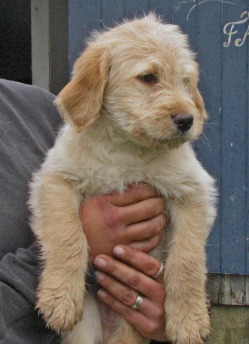 Handsome Steve traveled to Maine on Sunday with the new name of Phineas -- I think that really suits him.  His new "Mom" is a spinner - so perhaps she'll try some of his hair as it grows longer. 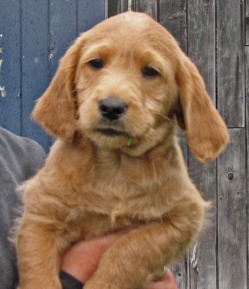 Red male puppy I call Fred - slender more poodle like  12 lbs 3.5 oz   For some reason Fred follows me around more than the others.   Lucky Fred has found his family... they are excited to have a dog join them. His new name is Beta.


And look at handsome Beta now !!  Photo sent by his new family

even the pups that are seemingly smooth coated get curls ! 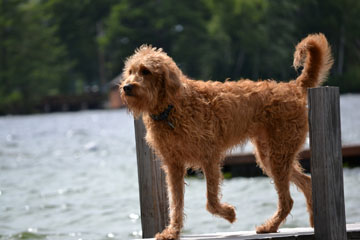 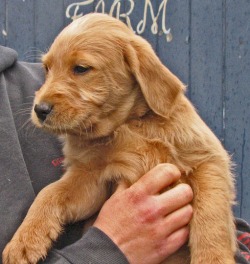 Big Red left for Massachusetts on Sunday afternoon - he's going to have a great life there on a small farm with horses.  Hopefully he'll help out with some of he chores.
His new name is Ranger. His owner is a novelist so maybe we'll see him appear in an upcoming book ! 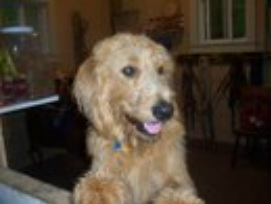 Here's Ranger grown up -- he's a big hit in his obedience classes ! 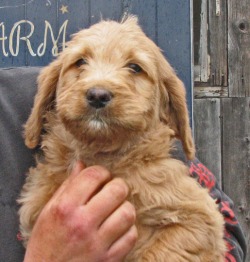 Since his birth - we have called him Mister Wrinkles ~ he will have a coat very similar to a poodle. A little extra care involved but certainly handsome.  Reddish male - 13 lbs 1 oz.  he's the quietest puppy so far but that might change with new owners.

His new name is Barley and he even has his own facebook page ! 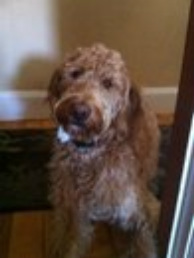 
Me: barley are you eating paper!!!
Barley looks up all innocent indicating no of course not
Me: well then what's that paper hanging from the side of your mouth

He's quite a character and I am so pleased he is very well loved. 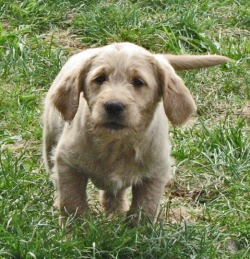 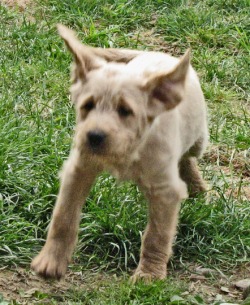 Puppies have been checked by veterinarian twice and certified, first shots given - CKC eligible.
$1000.00 ~  a friend for life !! priceless **